Celebrate Each Other: Festivals Around the World | GM Financial gmf|us|en|company|newsroom|spring-festivals-2021 en_us en-us

Celebrate Each Other: Festivals Around the World

Prayers for a plentiful harvest echo across a country, unifying a culture in a vibrant celebration of food, family and dance. A few weeks later and thousands of miles away, elaborately costumed characters parade through the streets while marching bands entertain the crowds with lively tunes well into the night.

At GM Financial, about 25% of our employees identify as Asian or Latino, and many of them observe the significance of culturally rich celebrations like these. Let’s take a closer look at some of the major festivals happening around the world in the first few months of the year. 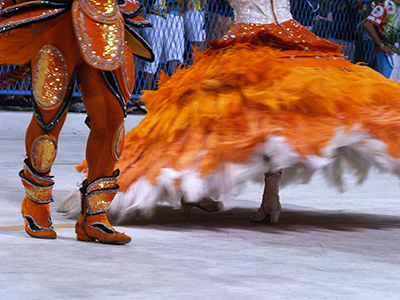 Festival: Carnival (also known as Mardi Gras in the U.S.)
When: February or March
Where: Mainly Latin countries with African influence in Europe and North and South America
Significance: Historically a festival to celebrate the coming of spring, Carnival has evolved into a predominantly Anglican and Roman Catholic festival of pleasure and extravagance. The significance behind Carnival has shifted over the last few centuries due to the influence of colonialism and the festival has transformed into a celebration of freedom.

Living out life’s pleasures through dance, music and costumes, joyous participants often indulge in rich, fatty foods on Mardi Gras, or Fat Tuesday, the final day before the Lenten season of fasting and sacrifice begins.

From a Carnaval samba fest in Brazil to a New Orleans Fat Tuesday parade or the Walk of Masks in Paris, these vibrant cultural celebrations are nothing short of magical. 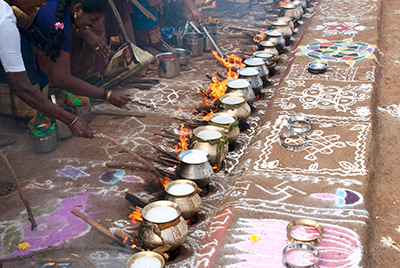 Festival: Pongal/Makar Sankranti
When: Mid-January
Where: India
Significance: Widely known as India’s harvest festival, this is one of the few celebrations observed by the entire country on the same day. During the four-day festival, people pray for a plentiful harvest and give thanks to the Earth and sun for providing an abundant crop.

The tradition of honoring nature and thanking the gods is as old as the Hindu religion itself, but there is an innate sense of gratitude that goes deeper, especially throughout this annual celebration. Even the cows and bulls, generally revered as sacred in Hindu culture, are dedicated an entire day to be celebrated and thanked for their contributions to agricultural prosperity.

As the colorful kites fly high overhead to greet the sun, people gather together for traditional dishes made with the rice, grains and fruits of the season.

In many ways, this celebration encompasses emphasis on family, Mother Nature, and giving thanks for what has been provided while beginning the cycle of harvest for the year. 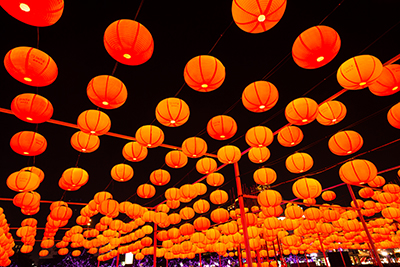 Festival: Lunar New Year/Spring Festival
When: First day of the lunar calendar (usually on a new moon day that falls between January and February)
Where: Several Asian countries
Significance: Strung high above every street and through every home, red lanterns vividly signify the light and goodness that comes with the waning of winter during this celebration.

As families prepare traditional dishes believed to bring longevity, wealth and treasure, they come together to pray that their ancestors will bestow upon them blessings and protection for the coming year.

Other practices deeply rooted in this ancient culture include honoring the animal of the Chinese zodiac — 2021 is the year of the Ox — and that of the red packet. Each year, the family elders pass along luck and good fortune to the children by handing them money in red envelopes.

GM Financial’s team members and customers alike have ties to countries that celebrate all these festivals. Taking the time to learn about others helps us better understand where we come from and how we can proudly celebrate our cultures throughout the year.

Divya Narayanan loves spontaneity in all aspects of her life. When she’s not driving to every hole-in-the-wall restaurant she discovers, you can find her planning her next globe-trotting adventure — a true wanderluster! She’s been to 17 countries so far and speaks five languages, currently working on Portuguese! Bom dia~

Why Does (She/Her) Include Pronouns in (They/Their) Email Signature

Including pronouns in your email signature may seem trivial, but it actually provides a glimpse into how inclusive a person or team is. Read more to find out why.